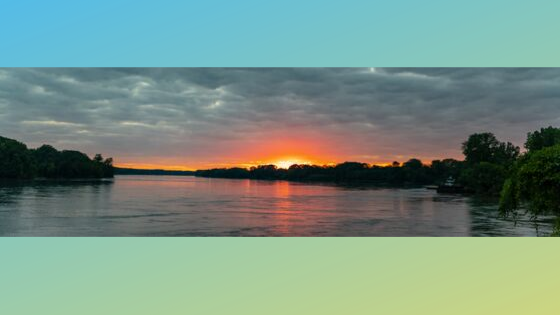 A friend recently asked me what I thought about the recent news and debate surrounding climate change. A big question, especially given that this was asked sincerely during a small informal gathering for drinks and dinner. This was not a time for long-winded responses, so I gave my best impromptu elevator speech.

Climate change is real, I said, and should be treated with urgency because it is a global and national crisis that carries with it, grave concerns for economic and national security; people struggle with the issue because of the scale and scope (i.e., it’s too big for most people to wrap their heads around); and people have a hard time with long-term thinking (i.e., decades or generations), and therefore, tend to focus on short-term self-interests. We ended our conversation with polite agreement and I closed by suggesting that the most rational, impassioned voice worth listening to at this moment is a sixteen-year-old girl from Sweden – Greta Thunberg. If you haven’t already listened Thunberg’s five-minute speech during the recent United Nations climate summit, do yourself a favor and find it online, it’s worth the time.

Of course, a lot of social media geniuses immediately ridiculed her and scoffed at her remarks, and that’s too bad because her message was honest and true. Unfortunately, global climate change continues to be an inconvenient truth for way too many people.

In the nineteen-eighties, the science was building and we knew problems were coming, but it was not yet a crisis. A decade before Thunberg was born, Al Gore briefly raised national awareness around the issue, but again, we failed to take it seriously because we apparently can’t tell the difference between weather and climate, and we are sure that whatever might happen, a miraculous technological fix will be rolled out just in time to save the day like in a Hollywood movie. The fairytale reminder that Thunberg points out in her speech.

In recent years, political hacks put in charge of state and federal agencies responsible for conservation and environmental protection worked hard to remove and scrub away any signs of climate science from their policies and websites. If you can’t see it, it mustn’t exist, right? Denial continues as the science clearly states differently.

If we had taken action thirty years ago, might things be different and less dire? Perhaps. However, Greta reminds us about science, tipping points, and feedback loops. She reminds us all that whatever it is that we think we know, there are likely consequences unforeseen that may cause bigger problems than those that we can predict and hopefully mitigate or fix. In the meantime, business is booming for the merchants of doubt.

For as disappointed as I am about the current state of affairs regarding climate change, Greta Thunberg’s generation has every right to unforgivingly slap us in the face with the unvarnished truth – we have failed them, and the failure has been deliberate. It’s way past time to ask them to forgive us. As Greta Thunberg points out over and over again, change is coming is whether we like it or not, the question is do we have the courage to do anything about it.

Stockton Lake Might Be the Best Lake You’ve Never Fished

Posted On October 1, 2018
Missouri just might be the best freshwater fishing state in America. That’s a bold statement, I know. But really, look at what we have here.…

Posted On November 17, 2015 ~ 0 Comments
College is a time for growing. It's a time to have fun, a time to learn and a time to explore all the world has…

Posted On June 5, 2017
In my barn, there’s a motorboat, a raft, a canoe and three kayaks. To say I enjoy spending time on the water would be an…