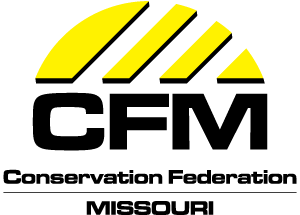 New Conservation Commissioners Appointed
On August 2nd Governor Mike Parson announced the appointments of Steven Harrison, of Rolla, and Mark McHenry, of Kansas City, to the Missouri Conservation Commission. Pending their confirmation by the Missouri Senate, Harrison and McHenry join Barry Orscheln, of Columbia who was appointed in February, and Don Bedell of Sikeston who was reappointed in 2015.
The Conservation Commission is one of the most prestigious and crucial public service appointments in Missouri state government. The Commission’s responsibility to oversee the management, restoration, conservation and regulation of Missouri’s bird, fish, game, forestry and wildlife resources is of utmost concern to the Conservation Federation of Missouri (CFM).
The history of CFM and the Missouri Department of Conservation (MDC) are deeply connected. In 1936, CFM was instrumental in leading the effort to create a constitutionally established Conservation Commission with broad, significant authority. The reasons for this initiative were many but based primarily on the understanding that conservation of the resources would be best served if lead by a non-political commission.
Commissioners generally are to have knowledge of and interest in wildlife conservation. They serve six-year terms and receive no compensation for their service. Not more than two commissioners may be of the same political party. Bedell and Orscheln are republicans, and the new appointments must be of a different political party. McHenry and Harrison were appointed as independents.
Mr. McHenry is a business consultant with extensive experience in parks and recreation, a bachelor’s degree in park management, and a master’s in public administration. He also previously served as the director of the Kansas City Parks and Recreation Department.
“Looking for ways to better provide conservation opportunities and services to the interests of urban Missourians has been a huge priority for the Conservation Department. It dates as far back as the Design for Conservation and inception of the conservation sales tax,” says Tyler Schwartze, Executive Director of the Conservation Federation. “We look forward to what Mr. McHenry will bring to further these efforts.”
Mr. Harrison is a dentist specializing in orthodontics. He has a bachelor’s degree in life sciences, is a graduate of the University of Missouri-Kansas City Dental School and has a Master of Science degree in orthodontics. He is an avid hunter, angler and cattle farmer that brings a rural perspective to the Commission.
“We appreciate Mr. Harrison’s connection to the agricultural community. Conservation and agriculture go together, but some view the relationship as adversarial. We are hopeful that Mr. Harrison will help the Department further its long-standing tradition of working with rural landowners.” says Schwartze. “After visiting with both of these commissioners, it’s evident they demonstrate a deep interest in conservation and are eager to gain more knowledge and work hard for citizens across Missouri.”
As they become part of a remarkable legacy unlike anywhere else in the nation, keeping a diversity among them matters much today. The Commission was created primarily as a means of protecting the work of professional, science-based conservation from the winds of politics. As stated in 1936 it is “To protect, as far as legally possible, the administration of the state’s wildlife resources from the influence of partisan politics.”
Just like the Conservation Federation of Missouri has done for decades, we will watch closely and stand ready to help the Commission be successful in their important mission.
For more information about the Conservation Federation of Missouri, visit confedmo.org.

Posted On July 2, 2018
In Episode 18 of The Conservation Federation Podcast, host Brandon Butler sits down with Dr. Grant Woods to discuss managing for wildlife in the Ozarks,…

Join CFM Tomorrow for Conservation Day at the Capitol

Posted On April 1, 2015 ~ 0 Comments
What: Conservation Day at the Capitol Where: Missouri State Capitol Date: Thursday, April 2 Time: 6 a.m. to 5 p.m. The day is almost here. Tomorrow is finally… 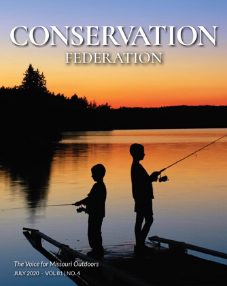