ARC has presented this award since 1989 to an individual whose personal efforts have contributed substantially to enhancing outdoor experiences in America. The award was established in memory of Sheldon Coleman (1901-1988), longtime Chairman of The Coleman Company and a visionary champion of outdoor recreation and conservation. Winners are selected by recreation and conservation leaders from both the private and public sectors.

“The selection panel for the award had a very rich field of candidates,” said ARC President Derrick Crandall. “Many Members of Congress, Cabinet members and others were deservedly nominated. But reports on the efforts of Governor Nixon and Governor Mead were compelling, showing their passion and vision and their commitment to expanding the enjoyment of outdoor recreation’s benefits while enlisting many partners in their efforts.”

Governor Nixon championed recreation issues even before becoming the leader of the Show-Me State in 2009, including high-visibility efforts which saved a railroad bridge across the Missouri River that was crucial to preserving the famed Katy Trail State Park. As Governor, he has made state parks, trails and waterways a high priority. He launched the 100 Missouri Miles Challenge, inviting Missourians to join him in walking at least 100 miles on Missouri’s trails in 2013, and expanded this effort to challenge the state’s residents to paddle at least 100 miles on Missouri’s waters in 2014. He and the state’s First Lady, Georganne Nixon, met both challenges and shared their adventures on a popular website.

He created one of the nation’s most active summer employment programs for disadvantaged and minority youth. Missouri’s State Parks Youth Corps offers 300-hour internships for youth between the ages 17 and 24. Participants gain valuable work experience to prepare for tomorrow’s careers while enjoying the beauty and grandeur of the state’s parks.

The Governor has appeared in numerous PSAs highlighting outdoors opportunities across Missouri and the benefits of time outdoors to individuals, families and friends. In the fall of 2014, the Governor hosted a successful Governor’s Conference on Natural Resources which highlighted partnerships and innovative thinking to sustain the state’s legacy of conservation, stewardship and active connections with the outdoors.

Governor Nixon hosted one of the largest and most successful events of Great Outdoors Month® 2015, the Capitol Campout and Outdoors Day at, and adjacent to, Missouri’s State Capitol in June. The Governor recently announced plans to improve and expand Missouri’s state parks, including a major new state park in Shannon County, and to build toward a Missouri voter reaffirmation of a unique earmarking of a portion of state sales tax revenues to outdoors programs. Governor Nixon has also worked through the National Governors Association and the Southern Governors’ Association, which he chairs, to promote enjoyment of the Great Outdoors nationally.

“The recreation community is indebted to Governor Nixon. He champions the role recreation plays in healthy lifestyles and sustainable, vibrant local economies. He actively supports new and exciting efforts to help connect all Missourians with their public lands and waters. Governors Mead and Nixon demonstrate that recreation enjoys the support of the nation’s leaders from both political parties and in all regions,” said ARC’s President.

As part of the award ceremony, national and local recreation leaders participated in a state dinner in the Governor’s Mansion where Governor Nixon underscored his commitment to parks and recreation issues in the state and to working together with Wyoming Governor Mead to enlist governors across the nation to be champions of healthy, active outdoor fun.

The 2015 Sheldon Coleman Great Outdoors Award is an iconic, gold-plated camping lantern specially prepared and mounted by The Coleman Company.

AMERICAN RECREATION COALITION – is a nonprofit, Washington-based federation founded in 1979. The association provides a unified voice for recreation interests to ensure their full and active participation in government policy-making on issues such as public land management. ARC membership consists of more than 100 organizations, including national and regional associations and corporations that represent a major share of the $650 billion a year recreation/leisure industry and enthusiast groups representing millions of recreationists. Since its inception, ARC has sought to catalyze public-private partnerships to enhance and protect outdoor recreation opportunities and resources. ARC conducts research, organizes national conferences, and disseminates information through a variety of means, including its Web site www.funoutdoors.com. ARC plays a leading role in several key coalitions and organizations, including the Coalition for Recreational Trails, Scenic Byways Coalition and Coalition for Recreation in the National Forests. ARC is leading the effort to expand activities across the country associated with the celebration of June as Great Outdoors Month®. ARC was also instrumental in launching National Get Outdoors Day, a national effort dedicated to helping children enjoy healthy, active outdoor lives.

Cabela’s Partners with CFM as a Business Alliance

Posted On June 22, 2017
Jefferson City, MO - The Conservation Federation of Missouri (CFM) is pleased to announce ALPS (Active Lifestyle Products and Services, Inc.) Brands is continuing its partnership with…

Posted On November 13, 2015 ~ 0 Comments
It's the weekend many hunters live for - the opening of firearms season. While you prepare for a great weekend of hunting with your family… 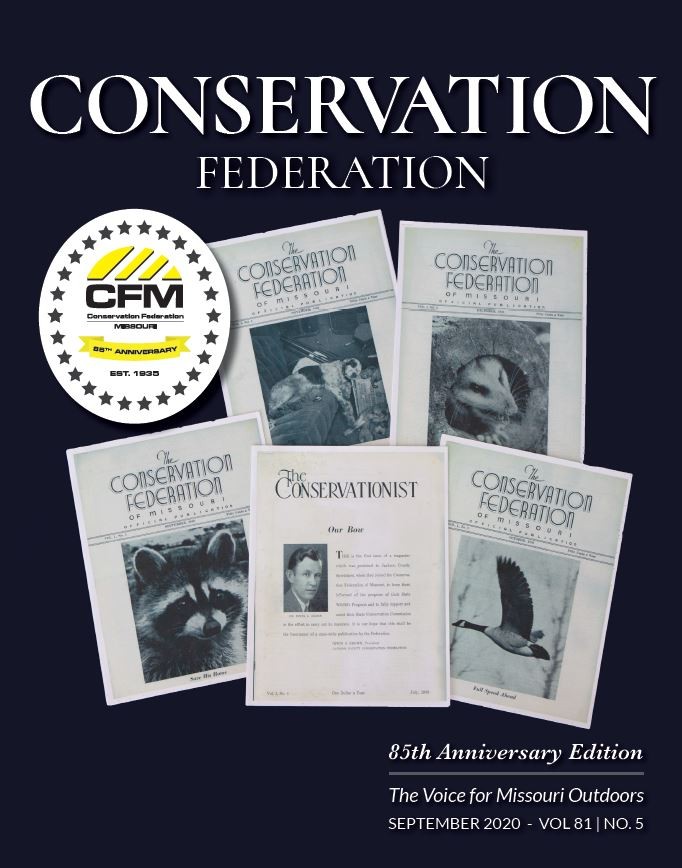