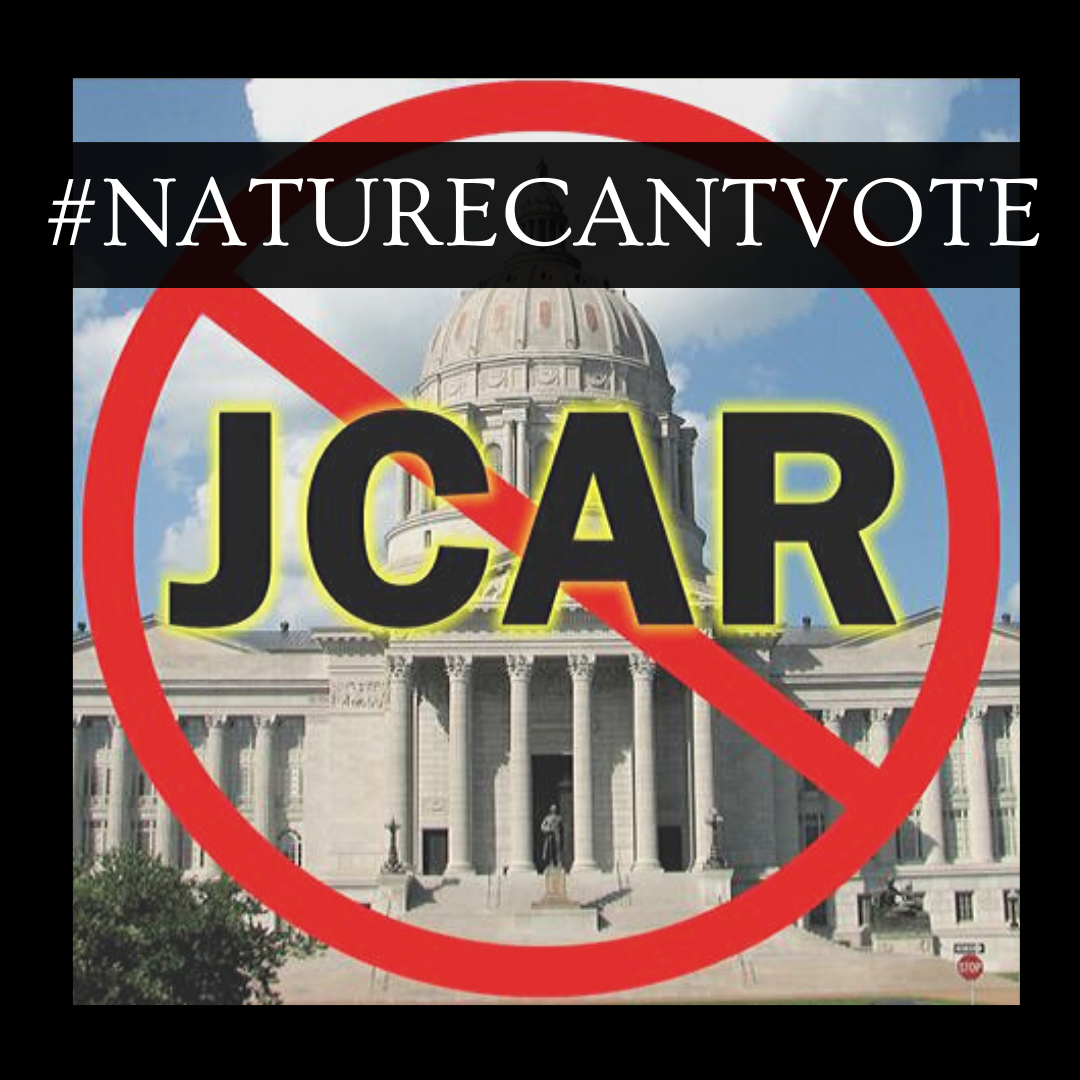 If approved by voters, HJR100 introduced by would allow the General Assembly to have the trump card on setting hunting and fishing seasons and limits. There is no shortage of examples where politics has resulted in a very tarnished history. Rep. Ross is working to change Missouri’s unique system of a citizen-led conservation department. Management of fish, forest and game was removed from the legislature by Missouri’s citizens as a result of political favoritism leading to degraded conditions.

The proposed joint resolutions would ask voters to create a permanent Joint Committee on Administrative Rules in the constitution placing legislators back in authority. This isn’t the first time legislators have tried this. In 1978 and 1982 the General Assembly placed language on the ballot for voters that would create a permanent Joint Committee on Administrative Rules. Both constitutional amendments failed by a vote of the people as citizens realized the ballot measures would create an imbalance in constitutional powers between the three branches of government.

If passed by a vote of the people, the constitutional amendment would give legislators, special interest groups, and lobbyists in the halls of the State Capitol control over conservation. This would be a step backward to when partisan politics attempted to manage Missouri’s forest, fish and wildlife resources. Instead of focusing on issues where Missouri ranks near the bottom in some categories, the General Assembly appears interested in changing our system of conservation, which many consider #1 in the nation and a model for others to follow.

Our citizen-led Conservation Commission has made Missouri a national leader in conservation. The numbers speak for themselves. Hunting, fishing, and outdoor recreation have a huge economic impact on our state’s economy; supporting thousands of jobs and generating millions in revenue. The Department’s approval rating with citizens is unmatched. This didn’t happen by chance.

This process has worked for over 80 years and serves as a successful track record. Citizens got it right in 1935 when they established the Conservation Commission. Keeping politicians out of conservation has made Missouri’s conservation system a national model and a success.

Yes, there are always things our Conservation Department can do better, but there’s no reason to throw out 80 years of success. Beware of the politicians trying to poach our hunting and fishing rights. I encourage members of the General Assembly to exempt the Conservation Commission from the bill and keep us #1 in conservation.

Posted On December 2, 2015 ~ 0 Comments
Fourteen hunters hid tucked away in a 50-foot long blind brushed into a fencerow of a seemingly endless Oklahoma milo field. A large grey cloud…

Posted On November 28, 2016
Missouri deer hunters have experienced much success this season, but there is still plenty of time left to hunt. The November portion of firearms…

Preparation a Must for International Hunts

Posted On July 18, 2016 ~ 0 Comments
Sportsmen like to travel. We take off on journeys across the country to purse a variety fish and game species. But traveling to a foreign…